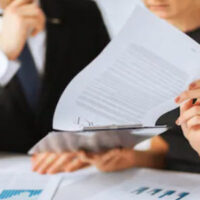 The “gig economy” has made it easier for companies to rely more and more on independent contractors for work that used to be performed by traditional employees. However, this reliance has also created a legal backlash. At the state level, the California legislature adopted Assembly Bill (AB) 5 in 2019, which codified an earlier ruling from the state Supreme Court regarding the proper test for classifying certain workers as employees or independent contractors. The backlash prompted a second bill, AB 2257, which exempted certain types of work from AB 5.

There is still a great deal of confusion, however, among many California businesses as to the best way to avoid a potential misclassification lawsuit. While the law in this area remains quite complex and subject to further change, here is a brief rundown of what businesses need to know when hiring independent contractors.

The ABC and Borello Tests

In 2018, the California Supreme Court issued its decision in Dynamex Operations West, Inc. v. Superior Court. This decision adopted what is commonly called the ABC test for determining whether or not a given worker is properly classified as an independent contractor. Basically, Dynamex presumes the worker is an employee unless all of the following three tests are met:

AB 5 essentially wrote the Dynamex test into law while exempting certain occupations and trades and expanding the criteria well beyond the ABC Test. Even when an exception to AB 5 applies, however, that does not necessarily mean that the employer is free to classify a worker as an independent contractor. Instead, AB 5 provides that workers exempt from the ABC test must be assessed under an earlier standard established by the Supreme Court in a 1989 workers’ compensation case, that established the “Borello test.”

Under Borello, the key inquiry is whether the employer has “control” over the worker, both with regards to the work performed and how it is achieved. When examining a particular worker’s status under Borello, an employer must carefully evaluate and weigh 13 separate factors.

Many employers have tried to understand the complex criteria in AB 5 and AB 2257 without success. As a result, company managers have assumed that persons whose type of work is an “exception” under the statutes can be a contractor automatically, without meeting any other criteria. This is very dangerous and exposes the employers to liability for Labor Code and other violations that would not apply if the worker were simply classified as an employee.

Our Tip: Use The Business-to-Business Exemption

Both the ABC and Borello tests carry enormous risks for employers. The reality is that if you are simply relying on filing 1099s to “prove” someone is an independent contractor, it can still be difficult to prove that person is not an employee under either standard. This is why we often advise clients to rely on another standard contained in AB 5–the business-to-business (B2B) exemption.

Like the Borello test, the B2B exemption has a list of requirements that need to be met. But we can boil it down to these basic principles:

In short, the best way to protect yourself from a potential misclassification lawsuit is to work only with contractors who have taken the time and effort to organize themselves as a separate, legitimate business. If you need further advice on this subject from a qualified Riverside County & Coachella Valley employment lawyer for employers, contact the Law Office of Karen J. Sloat, APCtoday.

By Karen J. Sloat, APC | Posted on June 17, 2021
« How Much Can A California Court Award In Punitive Damages For Disability Discrimination?
Your Rights As An Employee To Meal Breaks Under California Law »
Contact Us Today