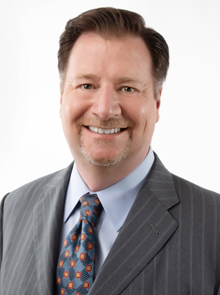 Mr. Hellmich is an experienced litigator specializing in complex commercial litigation with an emphasis in employment and labor disputes. He began his legal career as an Army JAG officer where he prosecuted all forms of serious criminal misconduct through which he gained invaluable jury and bench trial experience. He then joined a large international law firm and was a partner in its litigation and dispute resolution practice group. Mr. Hellmich has litigated cases throughout the country’s state and federal courts. He was co-lead trial counsel in a banking and fraud case in Miami Dade County, winning a $100 million verdict. Two New York federal courts appointed him as co-lead counsel in a multi-billion dollar antitrust class action that twice went to the U.S. Supreme Court.

For employers, Mr. Hellmich has defended domestic and foreign companies, and their senior executives, in federal and state courts against allegations of sexual harassment, discrimination, fraud and wrongful termination. He has also represented employees, both in groups and individually, against state agencies, and employers throughout the country for wage and hour violations, harassment and retaliation matters.

For more than 10 years, Mr. Hellmich has provided free legal services to a South African charity that daily feeds one million malnourished children. In this role, he has helped to double the number of beneficiaries it serves throughout sub-Saharan Africa.

Well as you know, I'm very impressed with you and your team and you have been the first firm that...Read More

The expertise of Ms. Sloat and her entire staff is one of professionalism, attention to detail and timelines. They are...Read More

Where do I begin. The Law Office of Karen J. Sloat, APC have been excellent! We appreciated how hard the...Read More