What Employers Should Know About Retaliation 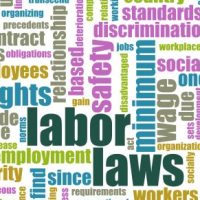 It is important for employers in California to understand how retaliation is defined under state and federal law, and the ways in which certain types of actions could constitute unlawful retaliation.

Other laws and rules also prohibit employers from retaliating against employees beyond those listed above, so you should not assume that you can take adverse action against an employee for engaging in behaviors or actions that are protected by other laws. In short, whenever an employee engages in conduct that is protected by a state or federal law, it is likely that the law also prohibits employers from retaliating against employees for exercising their rights.

What is Protected Activity?

Employers cannot retaliate against employees who engage in “protected activity,” which generally means any exercise of an employee’s rights under state or federal law. According to the U.S. Equal Employment Opportunity Commission (EEOC), frequently cited examples of protected activity include, but are not limited to:

If you are concerned about an employee’s actions and need to take adverse action against the employee, it is essential to seek advice from a California employment lawyer to ensure that you do not engage in unlawful retaliation. Contact the Law Office of Karen J. Sloat, APC today to learn more about the services we provide to employers in Riverside County.

By Karen J. Sloat, APC | Posted on August 16, 2022
« How Failing To Provide Proper Wage Statements Can Prove Costly To Your California Business
Can An Employer Punish You For Taking FMLA Leave? »
Contact Us Today