Close Menu
Call us NOW to schedule 2023 required employee trainings
Riverside County Employment Lawyers > Blog > Employment Litigation > When Can A Delay In Seeking Arbitration Affect A California Employer’s Contractual Right To Do So?

When Can A Delay In Seeking Arbitration Affect A California Employer’s Contractual Right To Do So? 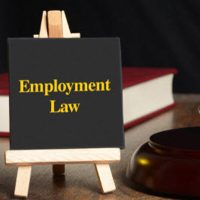 Employers often prefer arbitration to litigation to resolve employment-related legal disputes. Federal and state law strongly favors the enforcement of arbitration agreements, provided they are entered into voluntarily by employers and employees and do not contain “unconscionable” terms. Of course, the existence of an arbitration agreement is meaningless if the employer does not actually assert its right to arbitrate.

California Appeals Court: Mere Participation in Litigation Is Not a Waiver

Of course, an employer is free to waive its right to arbitration under an agreement. In some cases, California courts have held that an “unreasonable” delay in asserting the right to arbitrate effectively constitutes a waiver. Typically, a waiver may be inferred by the court if the employer’s delay actually prejudiced the employee’s ability to obtain the benefits of arbitration. For example, prejudice could occur if the employer used civil discovery to obtain information it could not have obtained through arbitration.

However, as the California Second District Court of Appeal explained in a recent published opinion, Quach v. California Commerce Club, Inc., the mere fact that an employer participates in the early stages of litigation does not by itself constitute a waiver of a contractual right to arbitrate.

In the Quach case, the defendant operated a hotel and casino. The plaintiff worked as a pit boss in the casino. As a condition of his employment, the plaintiff had signed an arbitration agreement with the defendant.

The litigation proceeded for another 13 months, with various delays largely due to the COVID-19 pandemic. Eventually, the defendant did move to compel arbitration. The plaintiff argued that the defendant’s participation in the lawsuit up to that point constituted a waiver of the right to arbitrate.

The trial court sided with the plaintiff. On appeal, however, the Second District reversed in favor of the defendant. Citing binding precedent from the California Supreme Court, the Second District noted that a waiver of arbitration rights “does not occur by mere participation in litigation,” provided that “there has been no judicial litigation of the merits of arbitrable issues,” – and there was none here.

Indeed, in this case, the Second District noted that both parties had engaged in discovery without the need for court intervention. There was “no indication” that the discovery completed would not have otherwise been available in arbitration, so the Court concluded that there was no prejudice to the employee.

If you are a California employer looking to defend its rights against legal claims from a current or former employee, it is important that you seek out timely legal advice. If you need to speak with a qualified California employment litigation attorney, contact the Law Office of Karen J. Sloat, APCtoday.