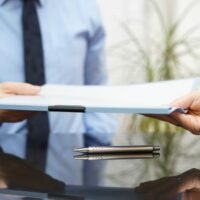 The California Private Attorneys General Act (PAGA) makes it possible for current and former employees to sue an employer who has violated certain state labor laws. Anyone who wishes to bring a PAGA lawsuit must follow certain procedures. Below are some common questions we hear about PAGA lawsuits.

What Is a PAGA Lawsuit?

A PAGA lawsuit is a type of qui tam claim. This term refers to a lawsuit filed by an individual citizen on behalf of the government. Sometimes called a “whistleblower” lawsuit, a qui tam claim basically allows the individual to “step into the shoes” of the state Attorney General for purposes of enforcing a particular law.

In the context of California labor law, an aggrieved employee can bring a PAGA claim on behalf of the state to remedy certain violations of the Labor Code, such as failing to pay minimum wage or overtime, failure to provide required meal and rest breaks, or failure to provide proper pay records. That employee can pursue any violations that are present in the workplace, even if they were not personally affected by the Labor Code violation.

Can I File a PAGA Lawsuit Even If I No Longer Work for the Employer or Signed an Arbitration Agreement?

Any current or former employee who has been “aggrieved” by an employer’s Labor Code violation may file a PAGA lawsuit. This is true even if you previously signed an employment contract or other type of agreement (severance, arbitration, dispute resolution) that waives your right to sue or requires arbitration of any employment-related legal claims. Most of these types of agreements cannot mandate arbitration of claims in PAGA cases, in which the right to pursue claims and collect damages is a right of the State of California, not the aggrieved employees.

Is a PAGA Lawsuit the Same Thing as a Class Action?

No. Although they might appear to be the same thing, a PAGA lawsuit and a class action are quite different. A class action is a procedural device used by courts to consolidate multiple legal claims arising from the same set of facts. A single plaintiff represents the entire “class” of affected parties. A PAGA claim, in contrast, is a claim brought by one or more individual employees, on behalf of the State of California itself, and the employees may assert Labor Code violations only experienced by other workers. Also, unlike a PAGA claim, employees may waive their right to participate in a class action by signing an arbitration agreement requiring individual resolution of grievances.

Who Collects the Money from a Successful PAGA Lawsuit?

Should I Talk to a Lawyer Before Bringing a PAGA Lawsuit?

Yes. There are a number of technical legal rules that must be followed before filing a PAGA lawsuit. An experienced Riverside County and Coachella Valley employment lawyer representing employees can guide you through this process and advise you of your rights and responsibilities. So, if you are thinking about taking legal action against your employer, contact the Law Office of Karen J. Sloat, APCtoday.