Close Menu
Call us NOW to schedule 2023 required employee trainings
Riverside County Employment Lawyers > Blog > Employment Lawyer For Employees > As An Employee, Can I Object To The Settlement Of A PAGA Lawsuit?

As An Employee, Can I Object To The Settlement Of A PAGA Lawsuit? 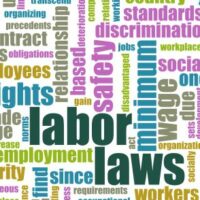 The California Private Attorneys General Act (PAGA) allows workers to sue their employers on behalf of the State for certain Labor Code violations and receive penalties for those violations which the employer must pay to the employees and the State. A PAGA claim is not the same thing as a class action. With a class action, employees with similar individual claims can elect to proceed as a “class.” But the key distinction is that a class action still represents individual claims made by the employees. A PAGA lawsuit, in contrast, is similar to a qui tam action and is brought by the employee as a proxy or agent, standing in the shoes of the State of California itself.

One reason this distinction matters is that, while an employee participating in a class action may object to a proposed settlement, the same is not necessarily true for an employee who may be affected by the settlement of a PAGA lawsuit. Indeed, the California Second District Court of Appeal recently issued a published opinion making it clear that there is no such right to object.

The case before the Second District Court of Appeal, Turrieta v. Lyft, Inc., involved a PAGA lawsuit brought by an individual who worked as ridesharing drivers for Lyft. She alleged Lyft had misclassified drivers like her as independent contractors–rather than employees–in violation of the Labor Code.

The plaintiff eventually reached a negotiated settlement with Lyft. She then asked a Superior Court judge to approve the settlement. At that point, two other individuals–plaintiffs who had filed their own separate PAGA lawsuits against Lyft–tried to intervene in the case and object to the settlement. The objectors argued the plaintiff had settled with Lyft for an “unreasonably low amount,” and the settlement contained other terms that were “inconsistent with PAGA’s purpose.”

The superior court held that the objectors lacked standing to intervene. The judge then approved the settlement as “fair and adequate.” The objectors then tried to convince the judge to vacate the judgment, but the court declined.

On appeal, the Second District Justices said that the trial court committed no legal error in approving the PAGA settlement. The appellate court explained that “overlapping PAGA actions” were not uncommon, but that when one plaintiff settled, that court’s approval of that settlement was binding on any other aggrieved employees, just as it would be had the government settled the case itself.

It is also important to note that before any PAGA settlement can be approved, the California Labor and Workforce Development Agency (LWDA) must be notified and given an opportunity to object. Here, the LWDA was notified but asserted no objection before the superior court issued the final order approving the settlement. More to the point, approval of the settlement did not affect the rights of any employee to pursue any “individual claims” they might have against Lyft under the law. The PAGA settlement only resolved those claims the state had, as presented by the existing plaintiff.

The reader should understand that, even when PAGA claims are settled in one lawsuit on certain Labor Code sections, and the employer pays out sums of money to the “aggrieved employees” as defined in the litigation as well as the State, this does not prevent another employee from filing a PAGA Complaint on different Labor Code violations.

If you suspect that your employer is violating California labor law and you would like to learn more about PAGA lawsuits, it is best to speak with an experienced Riverside County & Coachella Valley employment lawyer representing employees as soon as possible. Contact the Law Office of Karen J. Sloat, APCtoday.