Understanding Your Religious Rights In The Workplace 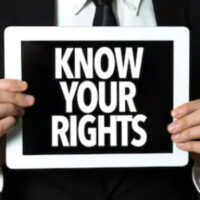 Employees do not leave their religious beliefs behind when they enter the workplace. Indeed, federal and state laws require employers to provide a reasonable accommodation for an employee’s “sincerely held religious beliefs or practices,” unless doing so would impose an “undue hardship” on the business.

It is important to note that “religion,” at least as far as the law is concerned, carries a broad meaning. According to guidance from the U.S. Equal Employment Opportunity Commission, religion includes not just “traditional, organized religions” like Christianity or Buddhism; it also covers “religious beliefs that are new, uncommon, not part of a formal church or sect, or only held by a small number of people.” That said, an employee’s purely personal, political, social, or economic beliefs are not considered “religious” for purposes of federal employment discrimination law.

What Religious Accommodations Can an Employee Seek?

Do Public Employees Have these Rights?

If you work for a public employer, such as a state or local agency, you need to be cognizant of the fact that some religious accommodations may trigger First Amendment issues. Specifically, a government body cannot be seen as endorsing any particular religious beliefs. This violates the First Amendment’s Establishment Clause.

The U.S. Ninth Circuit Court of Appeals recently addressed such a situation. In Kennedy v. Bremerton School District, a public high school football coach led a Christian prayer session on the field following his team’s games. He also regularly gave “motivational speeches” to the players using overtly Christian themes. The superintendent informed the coach he needed to comply with district policies and stop this conduct, to prevent a possible Establishment Clause lawsuit.

The coach did not comply and instead engaged in a media fight to win support for his position. This led to threats against school district personnel. The superintendent fired the coach.

To make a long story short, the Ninth Circuit upheld the school’s actions. It found the only reason it fired the coach was that the coach’s “public actions” would have led to an Establishment Clause claim. Put another way, the coach was not fired because of his religious beliefs, but because he refused to adhere to district policy.

If you have further questions about your rights and responsibilities in the workplace and would like to speak with an experienced Riverside County & Coachella Valley employment lawyer representing employees, contact the Law Office of Karen J. Sloat, APCtoday.

By Karen J. Sloat, APC | Posted on July 23, 2021
« Your Rights As An Employee To Meal Breaks Under California Law
Can I Rely On A Staffing Agency’s Arbitration Agreement To Protect Me In The Event Of An Employment Lawsuit? »
Contact Us Today