Are Employers Liable For A Customer’s Sexual Harassment Of An Employee? 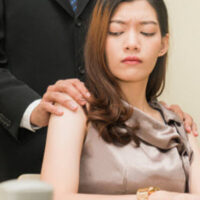 Federal and state labor laws protect employees from sexual harassment in the workplace. Sexual harassment is often associated with unwelcome sexual advances from managers or co-workers. But an employer may also be liable for failing to take appropriate corrective action when a third party–such as customer–sexually harasses employees who report such conduct.

The plaintiff subsequently filed a Title VII lawsuit against the employer, pointing to this and other alleged incidents of sexual harassment and sex-based discrimination in the workplace. A trial court dismissed the lawsuit. On appeal, however, the Ninth Circuit reinstated the claims related to the alleged sexual harassment by the customer.

As the Ninth Circuit explained, “an employer’s response to a third party’s unwelcome sexual advances toward an employee can independently create a hostile work environment.” By not taking “immediate corrective action” to deal with the customer’s harassment–and in fact insisting the plaintiff continue to subject himself to said harassment–the Ninth Circuit said a jury could conclude the employer created a “hostile work environment.”

If you have been subject to a hostile work environment or any other form of harassment, it is important that you seek timely professional advice on asserting your legal rights. To speak with a qualified Riverside County employee claims attorney, contact the Law Office of Karen J. Sloat, APCtoday.