If I Am Fired, Does The Employer Have To Pay My Final Wages Right Away? 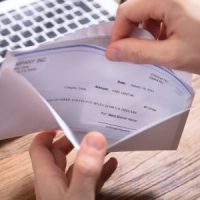 Under California law, when an employer “discharges” an employee, any earned and unpaid wages are due immediately. In other words, if you are fired, or  your job assignment has ended, your employer must pay you right away. If the employer “willfully” fails to comply with the law, you have the right to sue, and the court can impose a penalty on the employer for each day you were not paid (up to 30 days total).

However, these penalties do not apply if there was a “good faith dispute that any wages are due.” The term “wages” is critical here, as that is the specific legal term used for compensation owed to an “employee” as opposed to an independent contractor. So if a company is late in paying a contractor, any remedies would be contractual and not under the California Labor Code.

But what if there is a dispute over whether or not a person is properly classified as an employee or an independent contractor? The U.S. Ninth Circuit Court of Appeals recently addressed this question. In Hill v. Walmart Inc., the specific question was whether an employer could offer a “good faith” defense if it had reason to believe a worker was really an independent contractor.

Here is the background. The plaintiff appeared in a series of photo shoots for Walmart in California. The plaintiff spent a total of 15 days total on these assignments. Walmart contracted with a talent agency to provide the plaintiff and other models. The agency, in turn, invoiced Walmart.

The Ninth Circuit, applying California law, agreed that Walmart was entitled to argue that it had a “good faith” basis for believing the plaintiff was an independent contractor as the law defined that term at the time (this was in 2016-2017 before the California Supreme Court amended the rules for determining worker classification.) Indeed, the Ninth Circuit noted the plaintiff had paid for her own travel expenses to-and-from each of the photo shoots and that she never received a W-2 from Walmart. She was also paid a flat daily rate for each of the shoots as opposed to an hourly wage. Under the circumstances, the Court had no trouble concluding that the Labor Code simply did not apply here.

If you have been fired by an employer who has failed to pay you in accordance with the law, you have every right to take legal action. To speak with a qualified California employment litigation attorney, contact the Law Office of Karen J. Sloat, APC, today.

By Karen J. Sloat, APC | Posted on July 15, 2022
« What California Employers Need To Know About CFRA Leave In 2022
Can My Employer Force Me To Sign An Arbitration Agreement Without Reading It First? »
Contact Us Today